Before booking or inquiring about a Tantric Massage, please check the provider's Tantric massage website. It will give you an idea about sessions, prices, location and most important, what the masseuse does not provide. (This is to avoid any embarrassing questions)

To ensure that communication flows smoothly at both ends, please take into consideration the following:

1.Whatever you do for a living, you will not get anywhere far without manners and consideration. Treat the person you are talking to, the same way you would like to be treated.

2. A Tantric masseuse runs a massage business not a chatting line. Her time is as precious as yours!

3. To make an appointment and then ask what the service consists of, can be a waste of time. You can do it the other way around, in case what you want is not what the Tantric masseuse provides.

Here is a witty video about rules for booking a sensual massage:

Why Does A Tantric Masseuse Call Herself A Goddess?

Some Tantric Masseuses  prefer to be called Goddesses, and this is not out of their ego.It's a way of helping you to acknowledge that you are going to enter the feminine aspect of the Universe. From a Tantric point of view, the Universe consists of two fundamental opposites: Shiva and Shakti  - masculine and feminine. 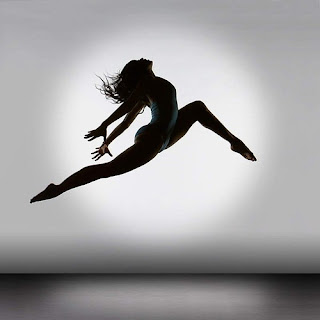 The Universe is a continuous dance between Shiva and Shakti. Matter (Shakti) appears out of the void (Shiva) and manifests into the physical world, only to be again reabsorbed into the infinite realm of Shiva.

Shakti has 10 aspects of her divine power, like 10 sides of the female aspect of the universe. They are often called Goddesses and they are worshipped through prayer and meditation.

When you go for a Tantric massage and the Goddess welcomes you into her world, you can emerge with her, and see the world from her eyes. Together you can maintain harmony and balance within the micro cosmos (you, the drop in the ocean) and the macro cosmos( the Universe, sometimes referred as the Ocean)
Posted by Ella at 08:13 No comments:

Can A Tantric Massage Damage Your Relationship?

Ella
Ella offers an exquisite sensual massage service both incall or outcall to exclusive clients in London. She is a self-employed Tantric Masseuse who has studied Tantra in the Far East. Ella is highly trained and her passion for Tantra speaks for itself.

Write a review about Ellaxp

View our reviews on this Massage Therapists directory